Walking which has been a solace for many during the pandemic, as the only form of permitted daily exercise, a momentary break from an endless news cycle, or a chance to socialise with friends at a distance. Walking can also be a form of social research. Walking through empty city streets, acting as witnesses to lonely landscapes, conjures an intimate connection to place and to how a body inhabits the world. Walking is bound up with memories, embedded in places and lived over again when walked through. Walking offers a sense of freedom for some, taking the mind and body to old and new places, or remind others of limitations of movement placed on them. 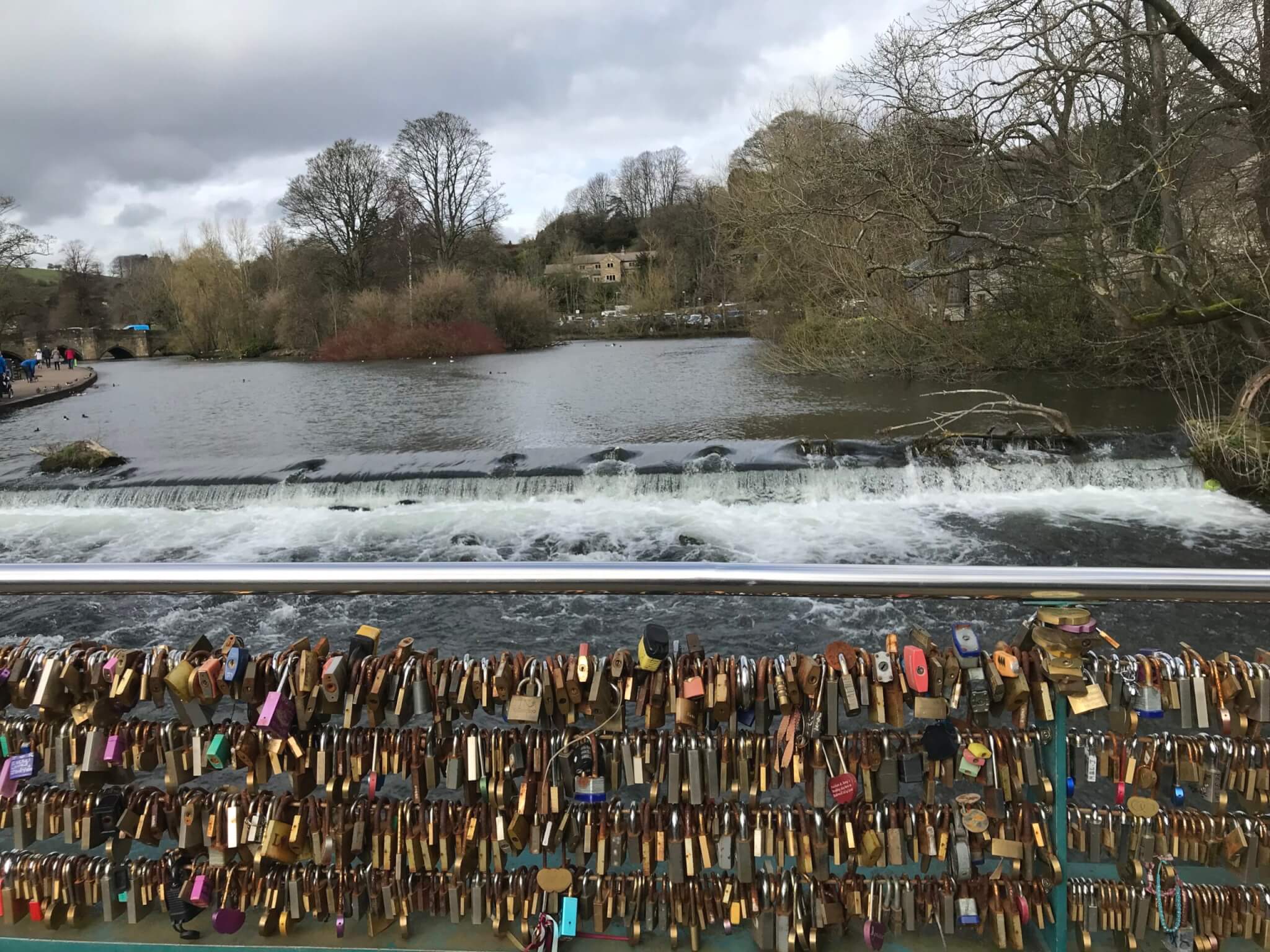 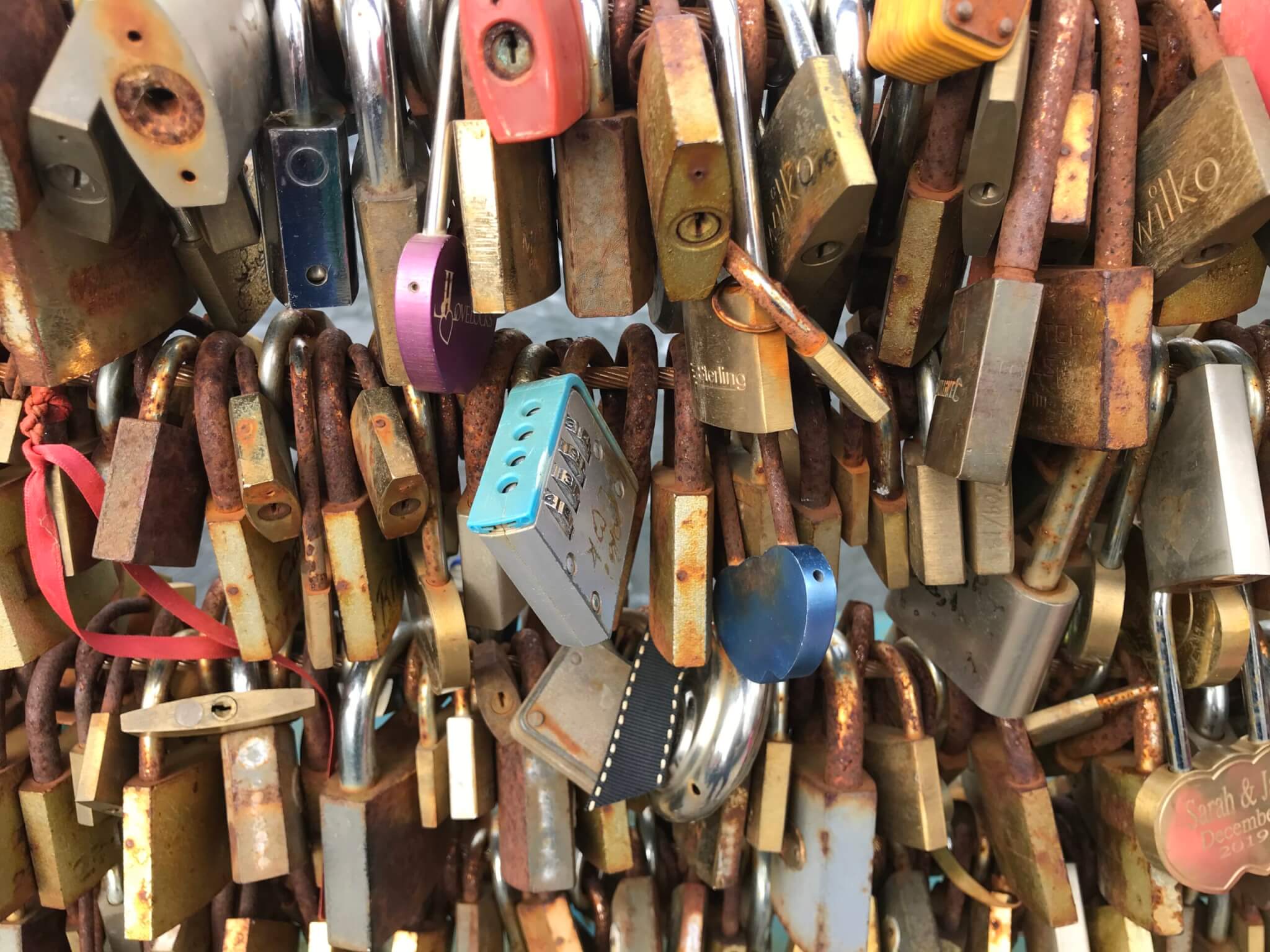 01: A Syrian refugee in Bakewell reflects on walking and lockdown restrictions.

“One of the places we visited during lockdown was Bakewell, close to where we live. We took our kids for a walk there. We came across this bridge and saw these locks. They reminded me of our lives during lockdown - so much beauty out there but we can’t enjoy it due to fear and being locked in our homes.” 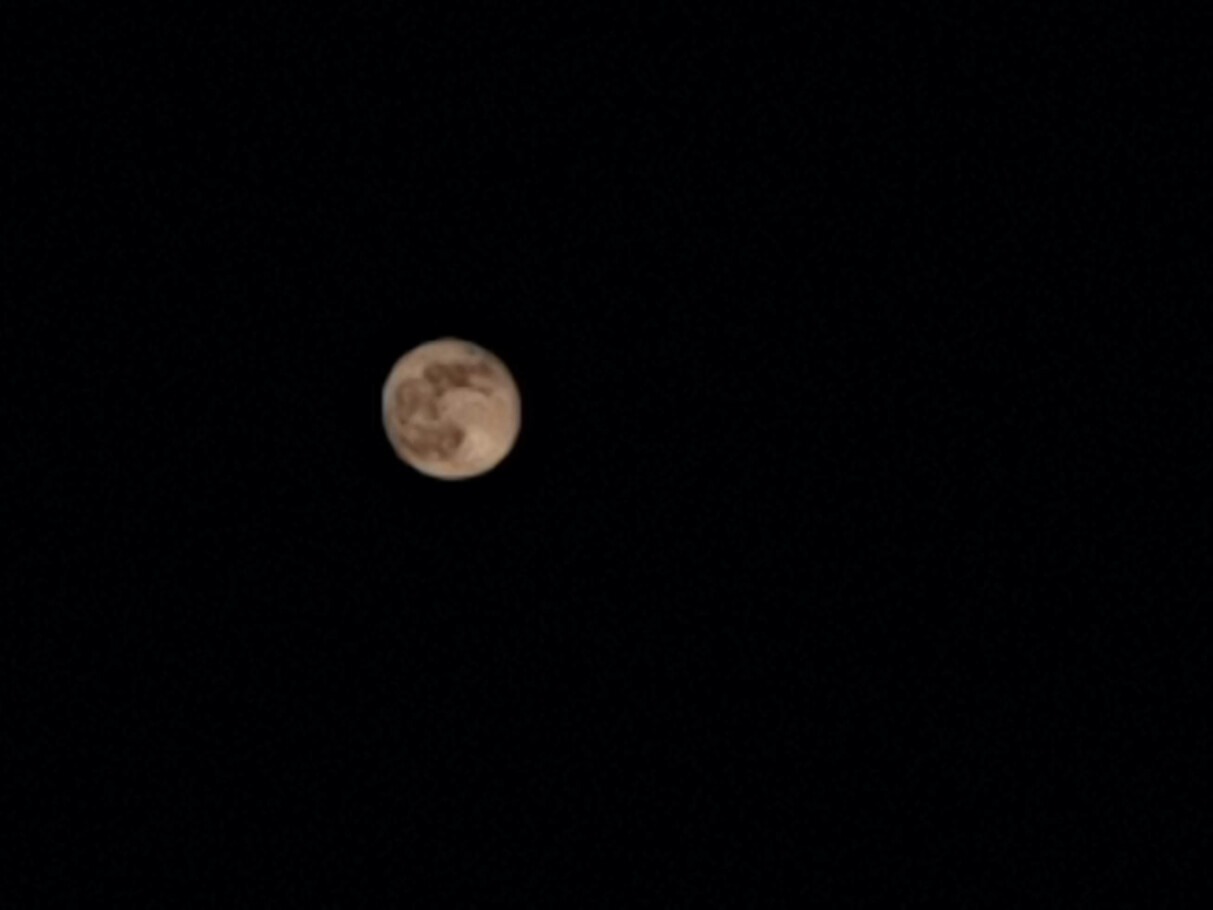 02: Stargazing during lockdown and connecting with other families to watch starlink satellites flying past. 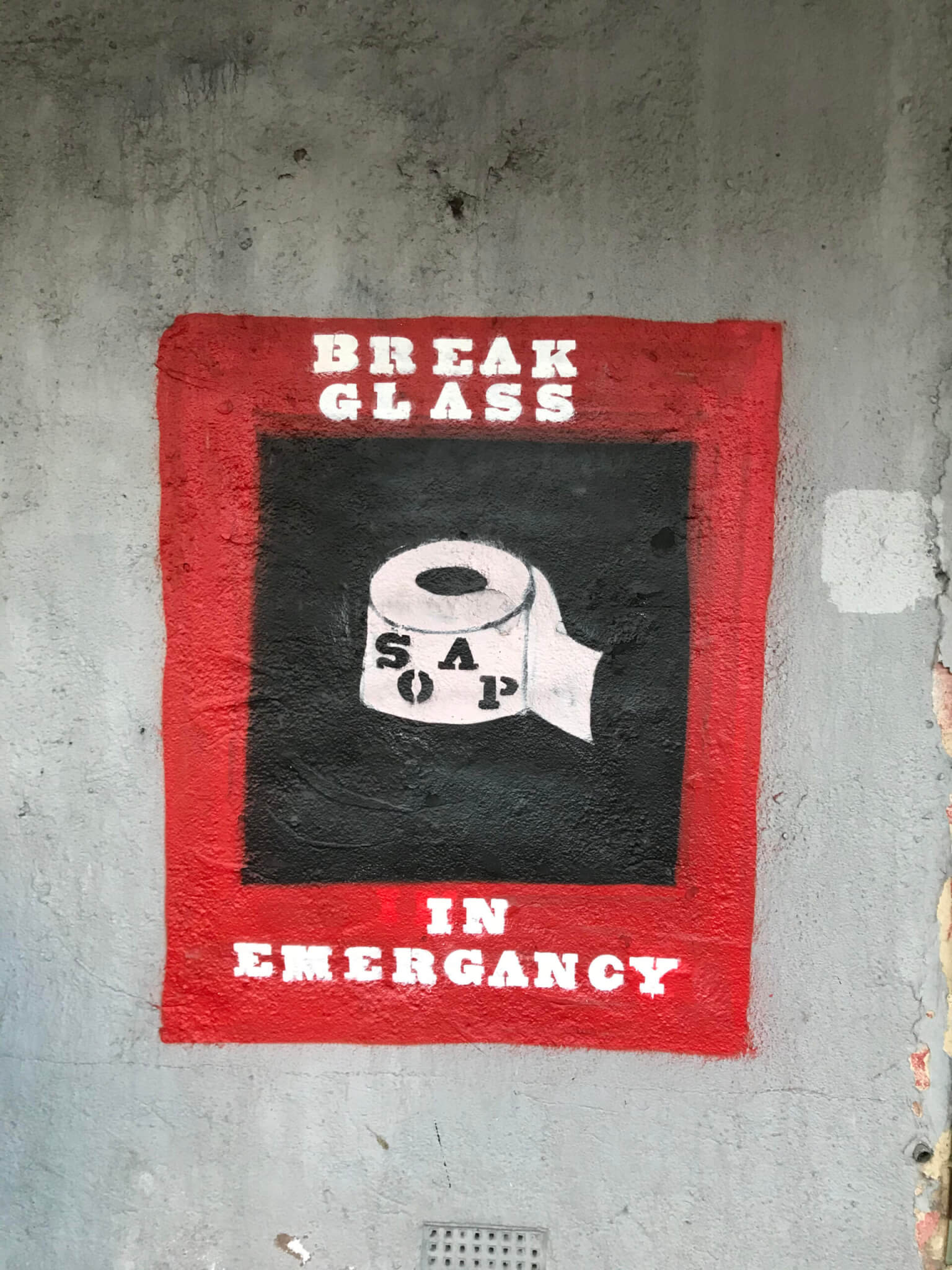 “This lockdown has been very hard on me. I feel lonely and don’t have access to people that I used to meet. This has also been the case for several asylum seekers that I know. For many of us, this has been really difficult. Before lockdown we would go to language classes and drop in centres where we would meet people, have a chat and catch up in a safe space. Sometimes we would get hot food and drinks. This all has stopped because they closed the drop in because of the virus. Many of them don't know where to go or what to do because there is nothing to do. I like walking but since lockdown started I felt very uncomfortable walking because all the things are shut and there are no people. I used to walk in town streets to make me feel less lonely but now I feel more and more lonely when I walk these empty streets.”

04: Walking through empty streets during lockdown. 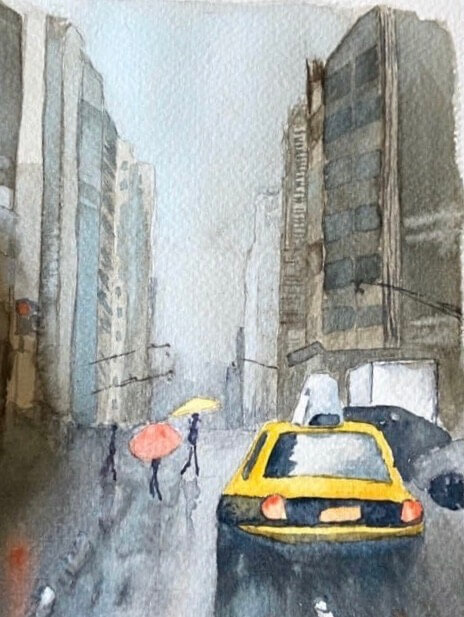 06: Watercolour painting made during lockdown. 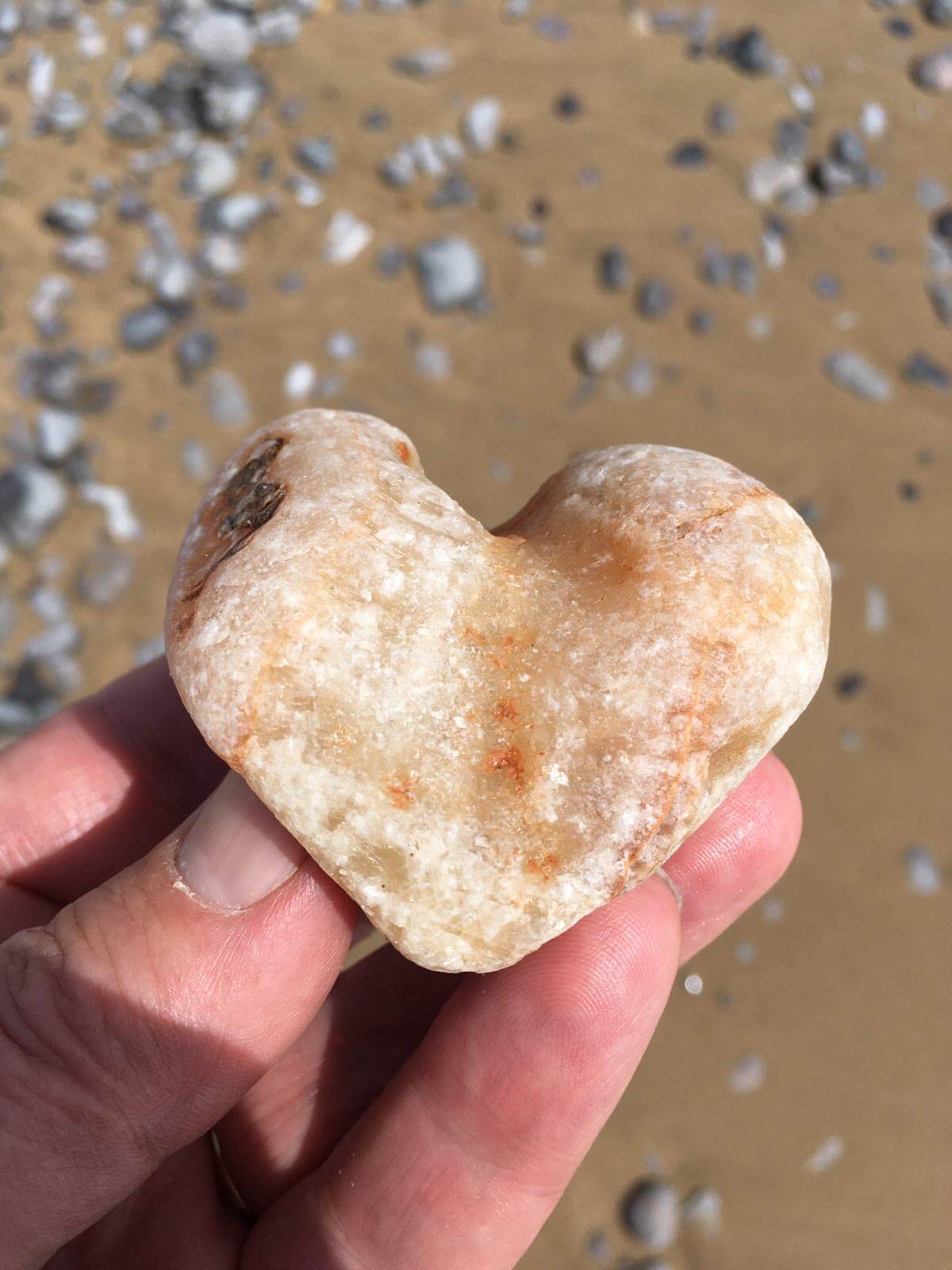 07: A stone found while walking on the beach in Swansea. 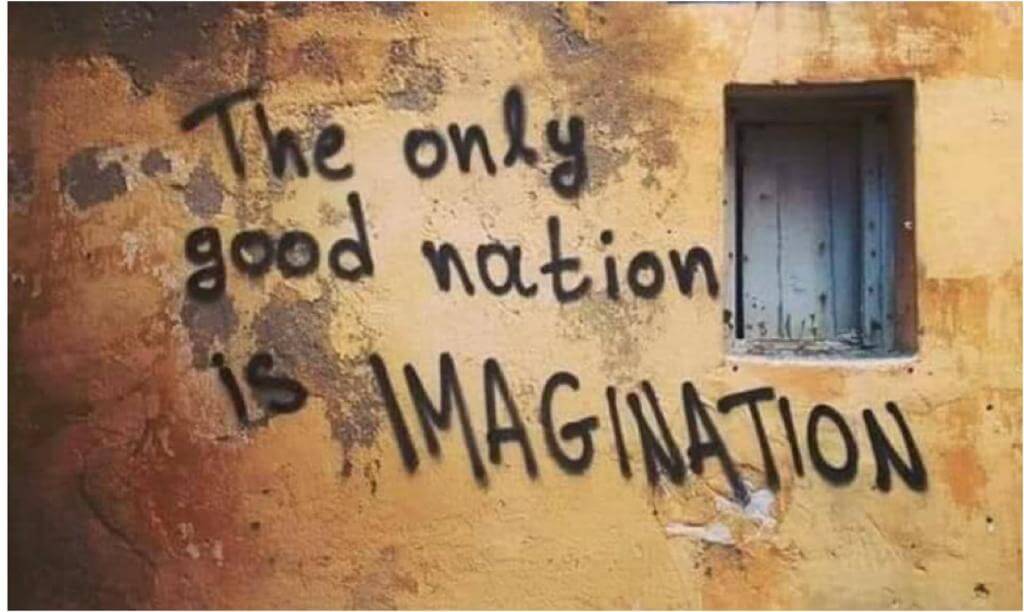 08: Graffiti seen while walking during the pandemic in Lesvos, Greece.

“Usually I am desperate to go out. I can jump over this fence or break the panels to escape, but today I want to stay in, way behind the fence, to avoid people passing by, I may need to have a thicker net. The world is at a stand still. The grass is definitely greener this side!” 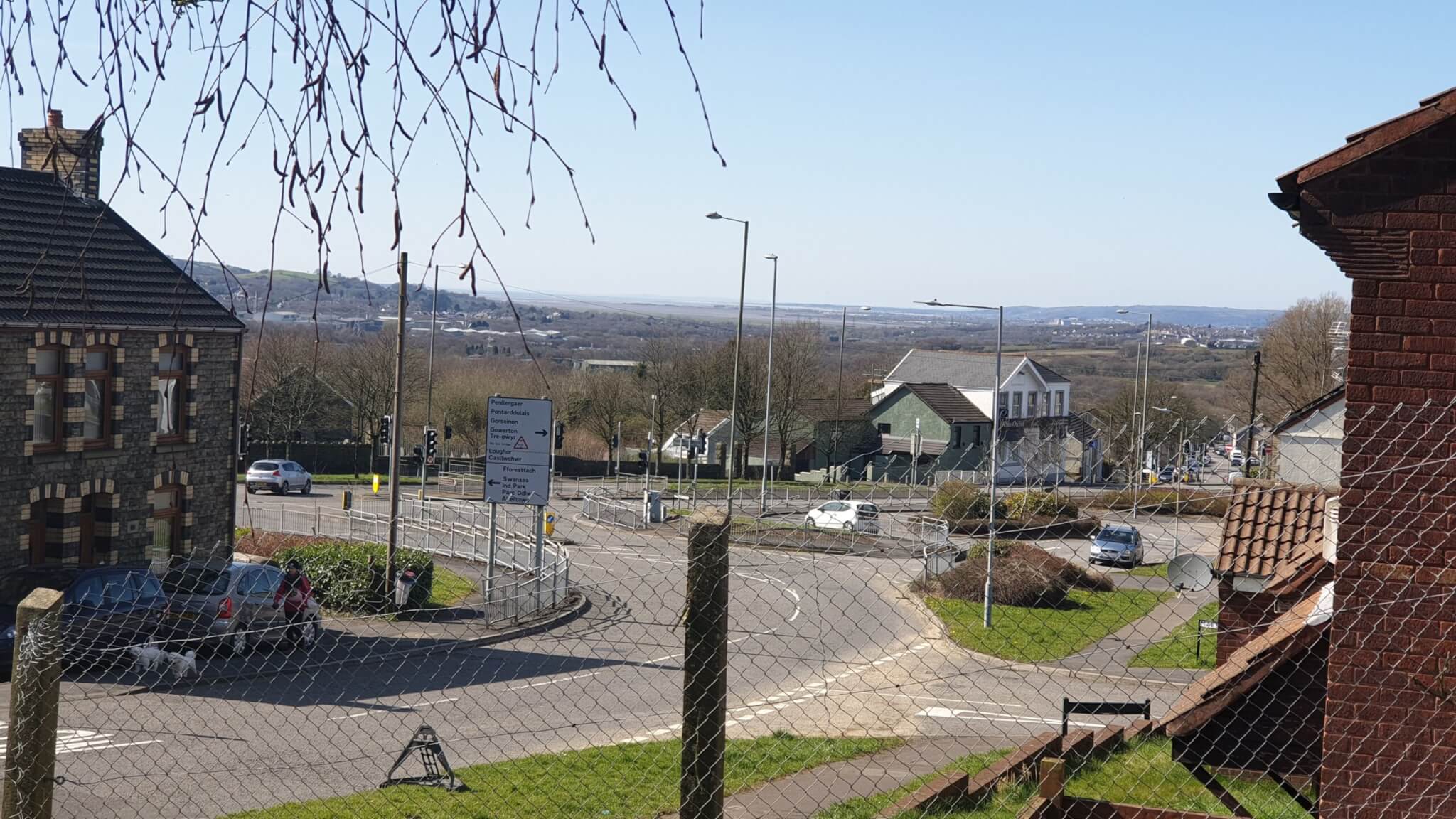 09: Image and quote from an asylum seeker in Swansea.

It was cold
The sunset was pale and painful
Everybody was scared of each other, and themselves

I was naive and optimistic
Now I am in pain, pained by the vagaries of love
Pained by homelessness and illness
By how distant we are to each other
Everyone appears to be unkind and silent
They fear you will get close

I had message from my muse

You will live but remain lonely
You will overcome your loneliness

Now the streets are calm
The sun is not shining
The sky does not play music
Neither do my hands
In this lockdown period
Only a few people sacrificed their lives for others
I learned something new
People worship themselves first then God!

10: Love in a Cold Climate, a poem in English and Farsi, by Mansoureh (Mahsah) Koohnab, who fled Iran due to religious persecution.

10: Love in a Cold Climate, a poem in English and Farsi, by Mansoureh (Mahsah) Koohnab, who fled Iran due to religious persecution. 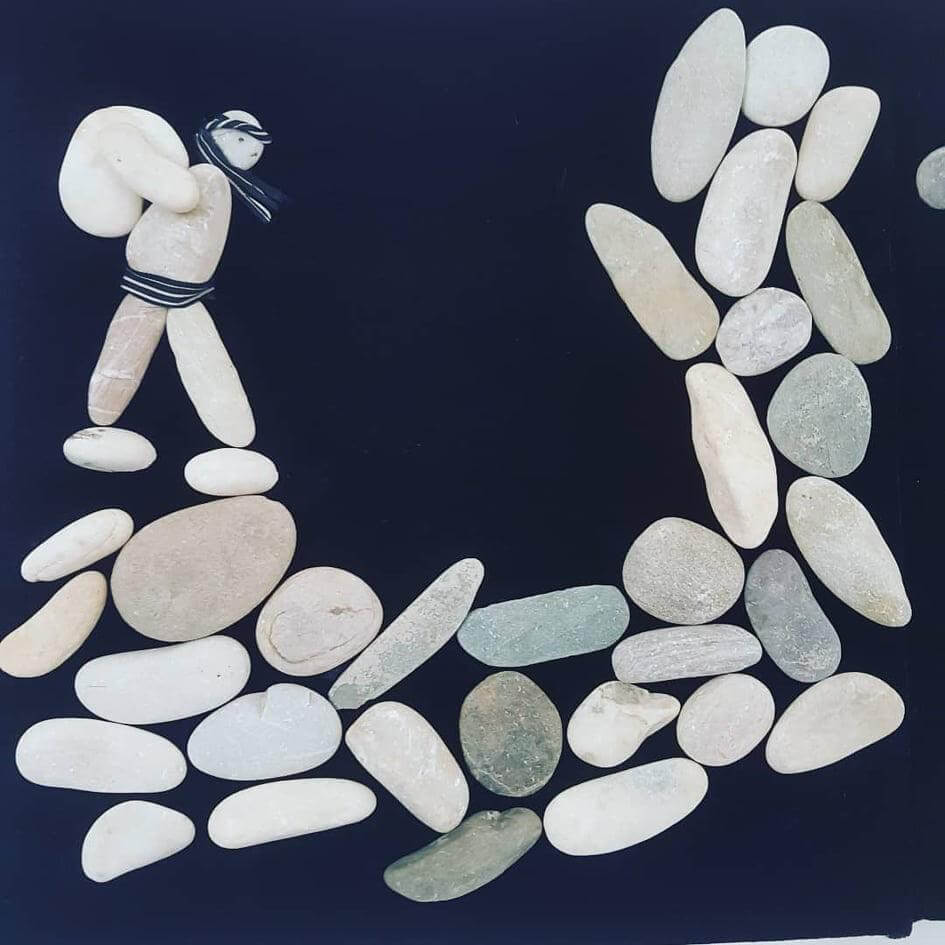 11: An artist’s depiction of a Kolbar using stones found on the beach.

“This is an image of a Kolbar carrying a sack of goods across the border of Iran and Syria. It is a poignant memorial to a member of the family of the artist who was recently killed by the border police for "smuggling". A kolbar (Persian کول‌بر‎) or kolber (Kurdish: کۆڵبەر‎) is a worker who is employed to carry goods on their back across the borders of Iran, Iraq, Syria and Turkey, legally or illegally. Most kolbars live in Iranian Kurdistan, where the Kurdish provinces are among the poorest in the country. Kolbars also operate in Turkish Kurdistan and to a lesser extent in Iraqi Kurdistan. Since kolbar work is mostly considered illegal, kolbar workers have no insurance, retirement plans and unions. Among the kolbars are highly educated young people, who have no job because of high unemployment in Kurdish provinces. In the Kurdistan province of Iran more than twenty thousand people are believed to depend on being a kolbar for sustenance. However, under Covid 19, the Kolbar have increased their trade as goods are scarce and so they have come under threat and attack. This beach art represents a young male cousin of the artist who recently died crossing the border apparently at the hands of the Iranian police force. The Iranian Kurdish family remembered the cousin on a walk to the beach during lockdown and made these two pieces on their return home to connect themselves to the cousin who they understand was killed for his Kolber activities. He too was highly educated and had no other opportunity to work legally.”